Skip to content
Mr GeoK, Sleepy_hollow and Reastick hiked to Junction Fire Lookout yesterday – a 26 km round-trip in beautiful south (far south) Kananaskis Country. There’s a loggable brass cap up top, so here’s an extract from his "found it" log…
The current incarnation of the Junction fire lookout is the 4th generation structure on the site and dates back to 2004.  The original structure was erected in 1930 and was one of the orginal lookouts which formed the first fire observation network in the Alberta Rockies.  New structures were also built in 1954 and 1974.  As many lookouts are located in windy locations, wind damage is frequent and winds have been clocked in excess of 200 km/hr at Junction.  Interestingly, Junction is not located on Junction Mountain but rather an eastern spur ridge with an elevation of 2230 meters.

Junction lookout boasts views from the northeast throughout the souteast of the foothills, with the Calgary skyline included in the panorama.  Blue Ridge lies to the east, Bluerock Mountain to the northwest, and both Mount Rae poking its head above the Highwood Range, and Junction Mountain to the west. In addition, a number of lookouts are visible including Moose Mountain, Cameron on Mount Burke, Porcupine Hills and the former lookout at Forgetmenot Mountain.

This is a terrific hike and easily deserves a spot on the GeoKs list of favorite hikes.  Therefore, we have placed a cache near the top as Fav. Hike #7 – Junction Lookout.  This hike boasts paved roads all the way to the trailhead, an excellent wide trail all the way to the top and stunning views during the last quarter of the hike.  The Sheep River crossing is via a well maintained bridge and the Dysan Creek crossing is quite manageable (knee deep) even during high water conditions.  The hike clocks in at 26.4 km, and 716 net vertical meters of elevation, and it took us 8 hours including probably 1.5 hours for lunch, cache hiding and visiting with Len, the lookout observer.  This hike would be excellent in the summer as you will be in shade for most of the climb as you are below the tree line. 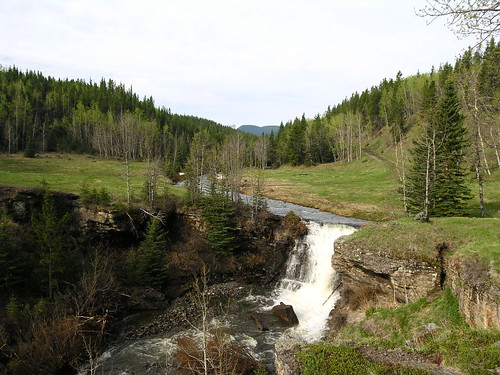 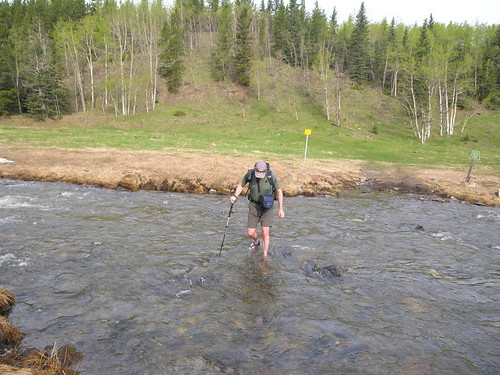 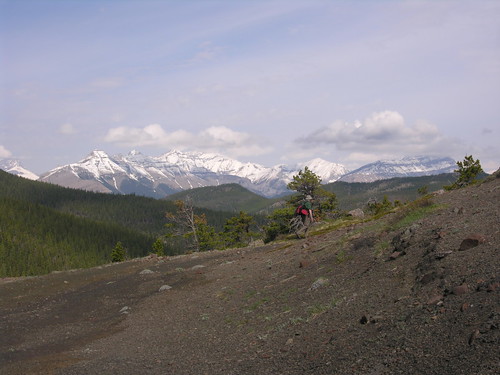 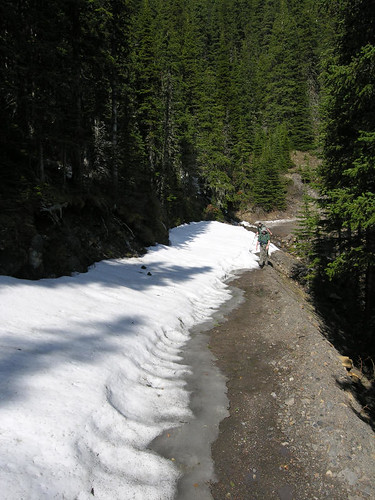 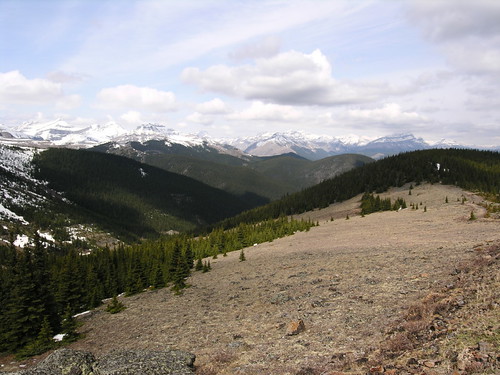 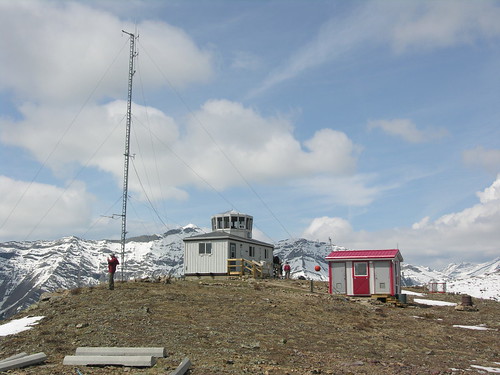 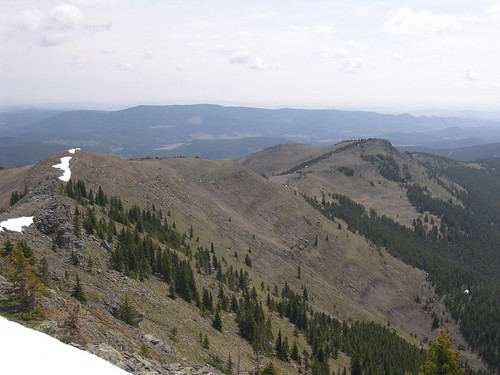 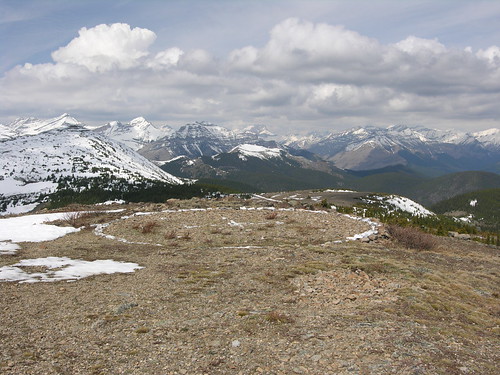