Skip to content
Monday and Tuesday this week we did lots of back road geocaching north of Calgary. On Monday we headed out with a mission plan to cache in Airdrie, via Cochrane. At the end of the day, we’d managed to find several geocaches in Cochrane but then headed west along the 1A to Seebee before heading back to Calgary.
Everything was pretty wet; we had to pass on a few hides in Cochrane because the trails to the posted coordinates were under water. We stopped along the section of the 1A just outside Calgary that’s been adopted by the Calgary Area Cachers and did some CITO work in order to log GC16K27 – Year Round CITO. We got a bit of a workout going after GC163VF – A Jog to the East. And we enjoyed A Dam Fine View at GC16HJ4. We did end up with one DNF around midday; this attempt took us along a really muddy road so Mr GeoK washed the cachemobile after we got home. It was a little bit cool and drizzly for most of the day, but we were happy to log 14 finds including a brass cap.
Tuesday was interesting. Mr GeoK planned to go south as far as High River and then west to Longview area and into the southernmost park of Kananaskis country to climb Hailstone Butte. But it was still pretty wet and muddy and the mountaintops were encased in low cloud and fog so he ended up doing lots of backroad caching south of Calgary. By the time he returned home about 6:30 in the evening he accumulated 22 "found its" including 4 brass caps and a 3jaze multi-cache.
Meanwhile, after morning tae kwon do class, I decided to try to complete the mission we’d planned for Monday. So back I went through Cochrane and then further north up to highway 567 to start heading east to Airdrie. After a quick stop at Weedon Pioneer Community Hall, I headed to Big Hill Springs provincial park. If you haven’t been to this park yet, it’s a really nice half day outing for families, with several trails through the park, somewhere around 7 or 8 geocaches (including a pretty tough BVPete cache called A Big Hill Springs Puzzle. We cleaned out the park last year, but two new hides have been placed in the park since then, so it was worth another stop. And there was a beautiful blue heron in the creek beside the road on the drive in!
By the time I cleared out the other backroad caches between Big Hill Springs and Airdrie, it was somewhere around 1:45 before I finally reached Airdrie. I knew that with 15+ geocaches to find I wasn’t going to be able to clean it out, so I started in the northwest part of town and worked my way south and east until I ran out of time at 3 pm. Unfortunately I DNFd a couple of caches within the town limits – hope they haven’t been muggled but I’m afraid at least one of them is gone. At that particular sight I found 6 of the extra large beer bottles, which I picked up to take to the bottle depot.
The construction on the QE2 is pretty disruptive to traffic right now, so I drove back to Calgary on 782. There are lots more caches to find along this route, but with no time I kept on driving. After a quick stop at the car wash to get the worst of the mud off I made it home just as youngest GeoKid was walking up the street from his bus stop. My 14 finds brings our total for the month of may to 217, a new personal high number of finds in one month for the GeoKs!! And there are still a few days left this month so we may get a couple more, including Pizza and Beer on May 29th. 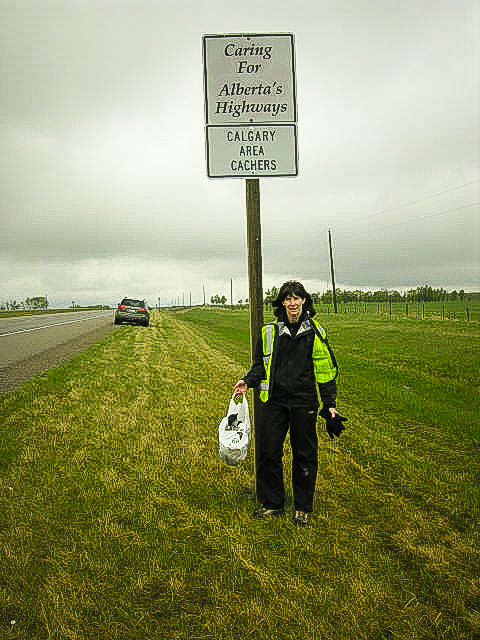 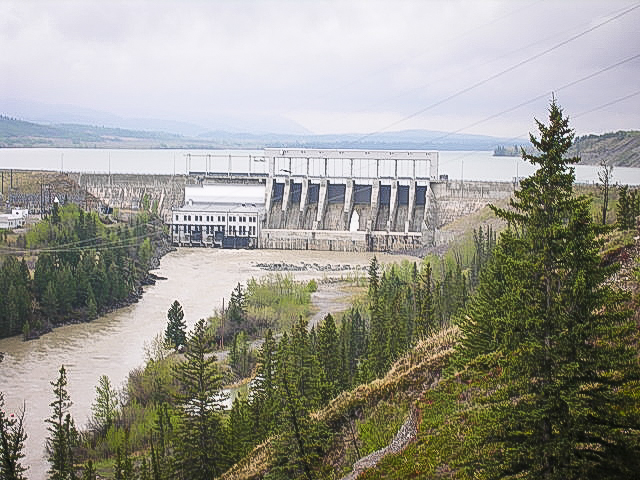 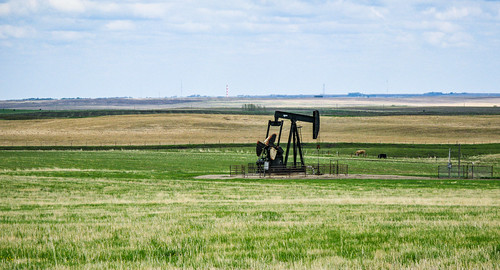