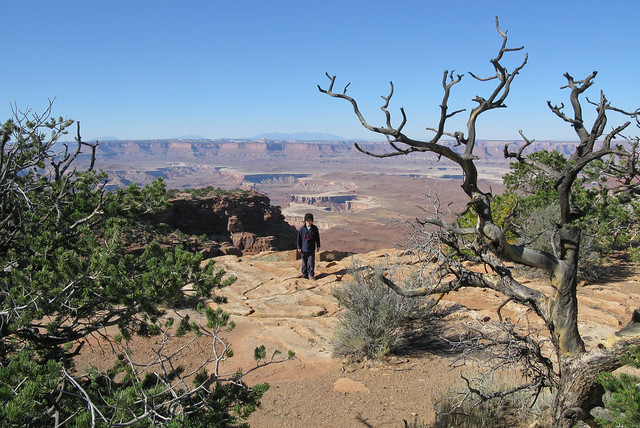 October 16 we visited Island in the Sky, which is the north end of Canyonlands National Park. What an educational day!! We arrived at the visitors’ center about 11 o’clock and found out that a ranger’s geology talk was happening at Grand View Point at 11:30. We decided to take in the talk and agreed it was the best geology talk we’ve ever heard at a National Park. Jerry was so effective in communicating the effects of weathering and the power of water; we learned that the Colorado River is so red and dirty-looking due to all the silt and dirt it carries. 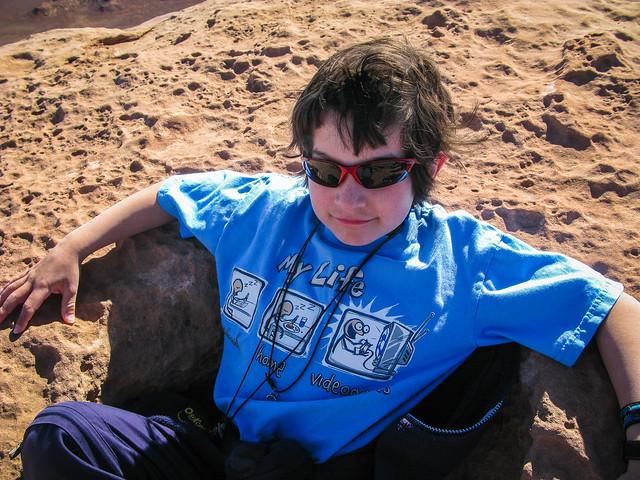 We took the Grand View Point trail out to the overlook, where youngest GeoKid was delighted to find a large "blow hole" on top of the topmost rock. All along the way we spotted examples of joints, differential erosion and pothole biology. Of course we stopped part way along to enjoy our picnic lunch (and Mrs. GeoK got a little extra exercise when we realized we’d left our loaf of bread back in the trunk of the car). 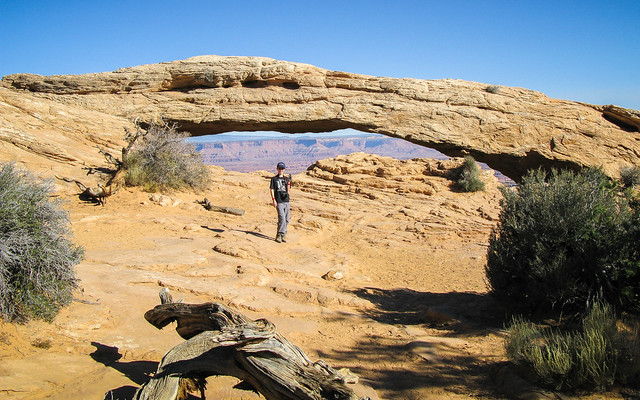 Later in the afternoon we visited Mesa Arch (a bit of a letdown after all the arches we saw yesterday in Arches NP) where Mrs. GeoK and Oldest GeoKid spotted some interesting crossbedding and took lots of photos. Our last stop was the Upheaval Dome, where we voted 3:1 in favour of subterranean salt flows causing the upheaval (as opposed to the meteor impact theory). 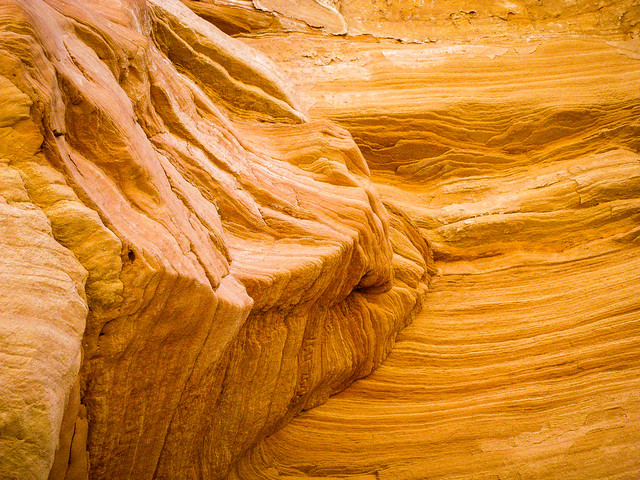 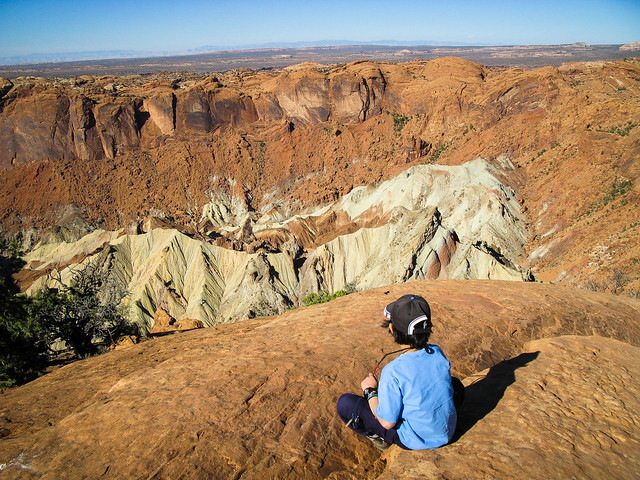 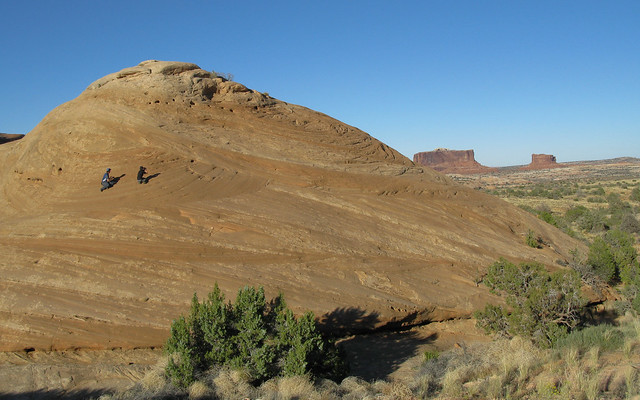 Coincidentally we drove behind "Indiana Man" for a short distance; we also met the Dutch man along the trail.
Back in Moab we at at Zax – good pizza, giant glasses of chocolate milk and a salad bar housed in a canoe. We had a near miss on the allergy front; Youngest GeoKid ended up eating a grilled cheese sandwich instead of the pesto flake seasoned pizza. Phew!!